As I was faced with choosing the best PHP framework for a project in the spring 2012 I found Laravel framework to be easiest to pick up. It allowed me to build my first application in a structured way with clean and understandable code. Fast forward to this day, I have built plenty of applications with it (over 30 currently in production personal and for clients) of small to medium scale. From simple blog-like apps to complex CMS for e-Commerce websites Laravel has been a great maand solid engine powering my applications.

When you choose a framework, you are looking for stability, good support, extensions and good community around it. I found Laravel to offer all of that and much more. The features like built-in caching, Eloquent ORM, easy environments, simple routing still  keep amazing me even now.

These questions are of high importance as choosing a framework is a lot like buying a car or a nice set of tools (drills, screwdrivers, wrenches, etc). You wouldn’t want to buy a knock off, right? The framework has to be reliable, secure and should come with some sort of “warranty” in form of community/creators support. I have prepared some data for you to take a look yourself about the trends surrounding Laravel framework as a tool. Let’s start with taking a look at who uses Laravel.

Are there any big names using Laravel framework for their projects? Any well-known companies use it? To answer this question a few months ago I built a website called Builtwithlaravel.com. This website allows developers and owner submit URL to websites that are built with Laravel framework. Over the months there have been so many submissions that I now have to find somebody who can help me approve the entries. More and more websites are submitted every day to this gallery/showcase of projects made with Laravel PHP framework.

As a side note, with every passing week I see the domain names of submitted sites get shorter and shorter which means the projects are more expensive with some major funds to back up those short domain names.

Here is a small fraction of big name websites submitted to the showcase (the names are trademarks of their respective owners): 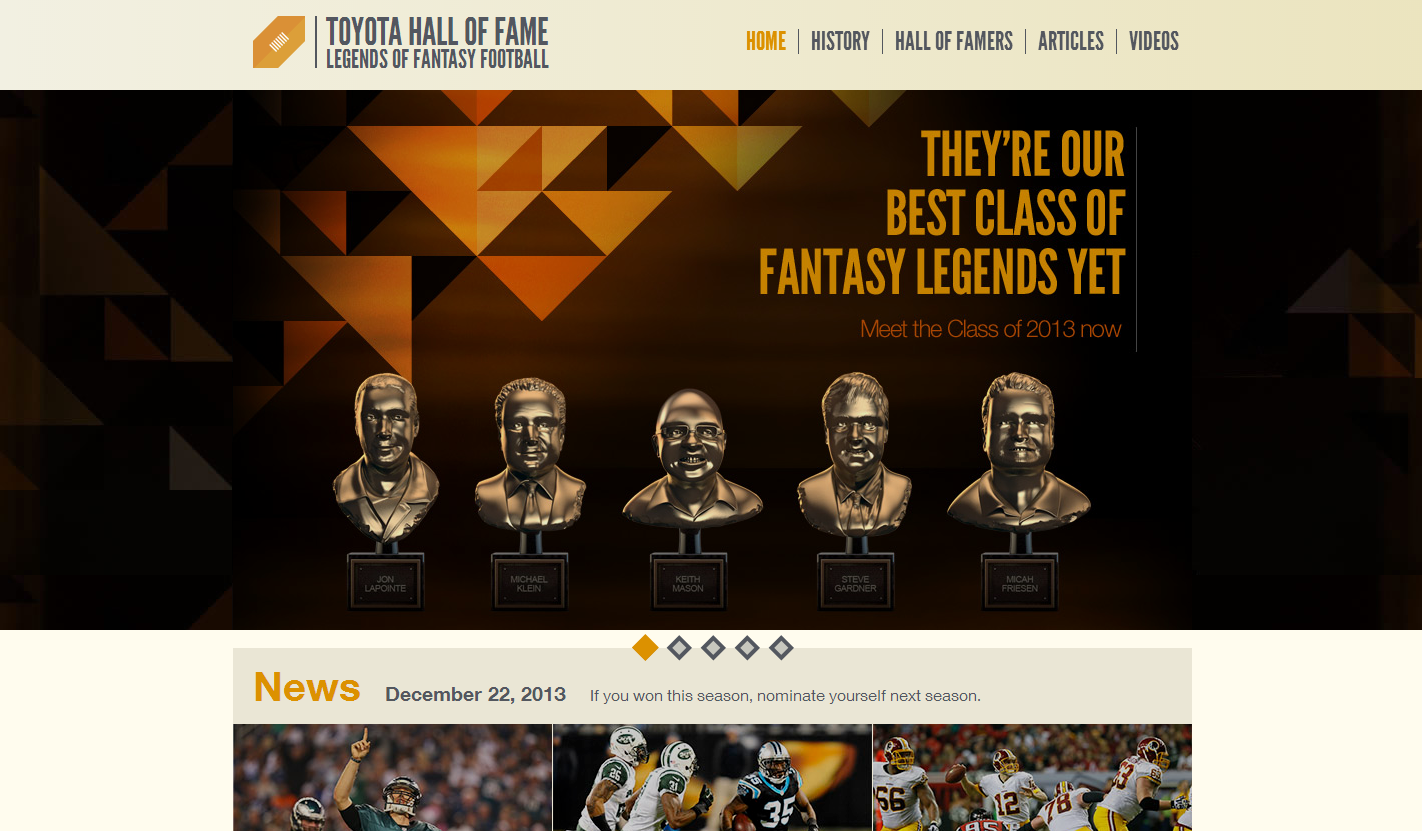 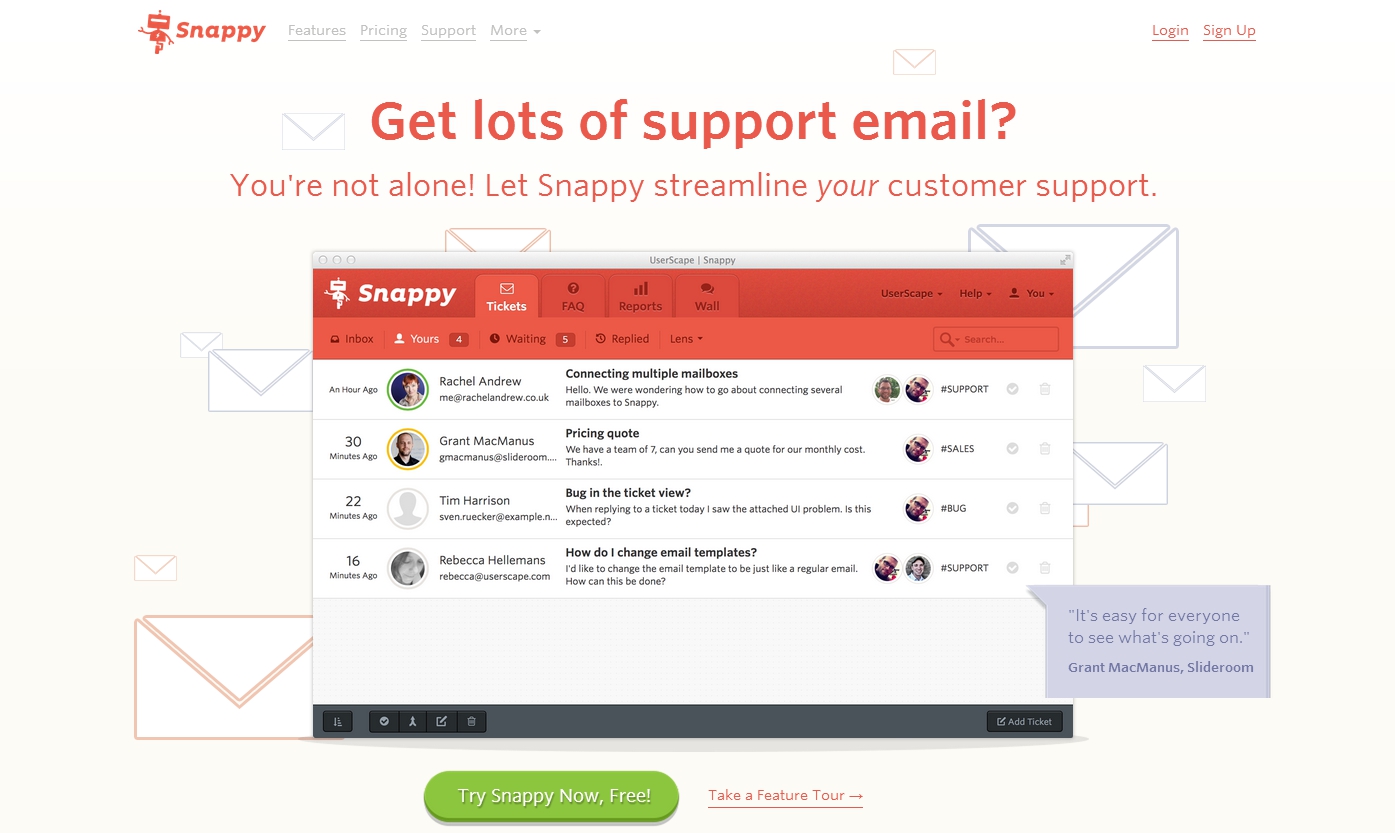 One of my own sites, Bootsnipp is one of the top 13,000 websites in the world by popularity. Just recently it was nominated for a Net Award as one of the best side projects of the year. It has enormous traffic and a decent user base all over the world. Bootsnipp was originally built on Laravel 3 and then rebuilt on Laravel 4 in fall of 2013. Despite the big load the website has uptime of 99.99% and has been performing well without any issues. Using Laravel made it possible for me to make this site quickly and to go from an idea to implementation in very short time. 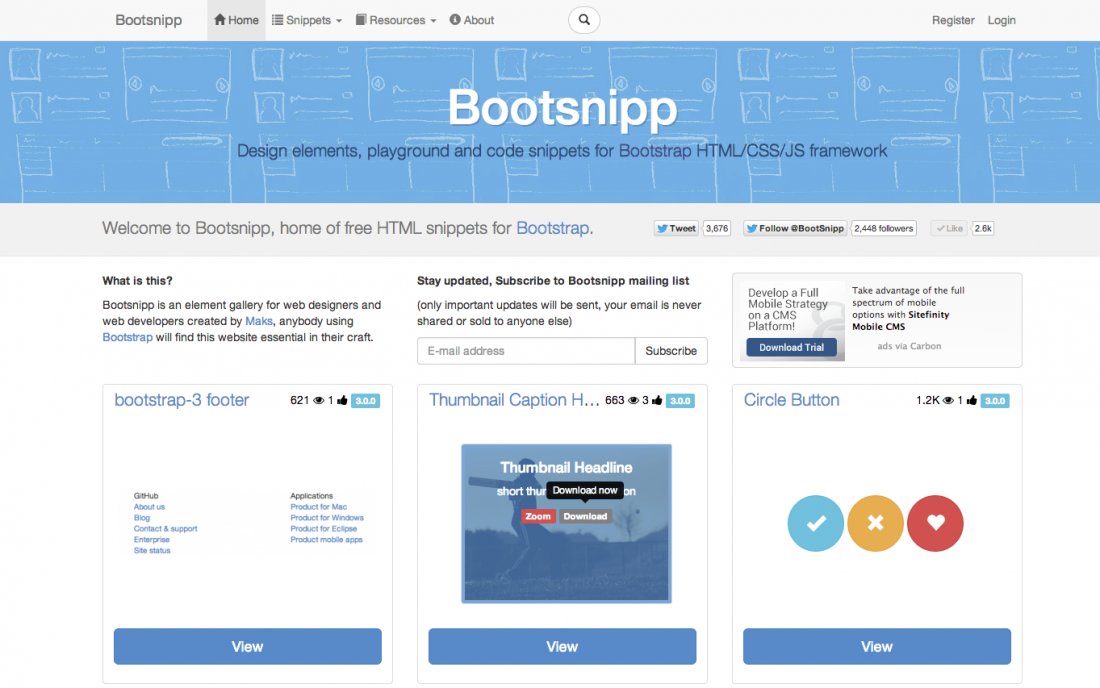 As stated by the person submitting the site, “Morgans Hotel Group is a hospitality company that owns & operates boutique hotels as well as acquiring and redeveloping in the United States and Europe.”. Their website has some of the nicest design I have seen done on a hotel website. It is truly mobile friendly work of art and I highly suggest checking it out: 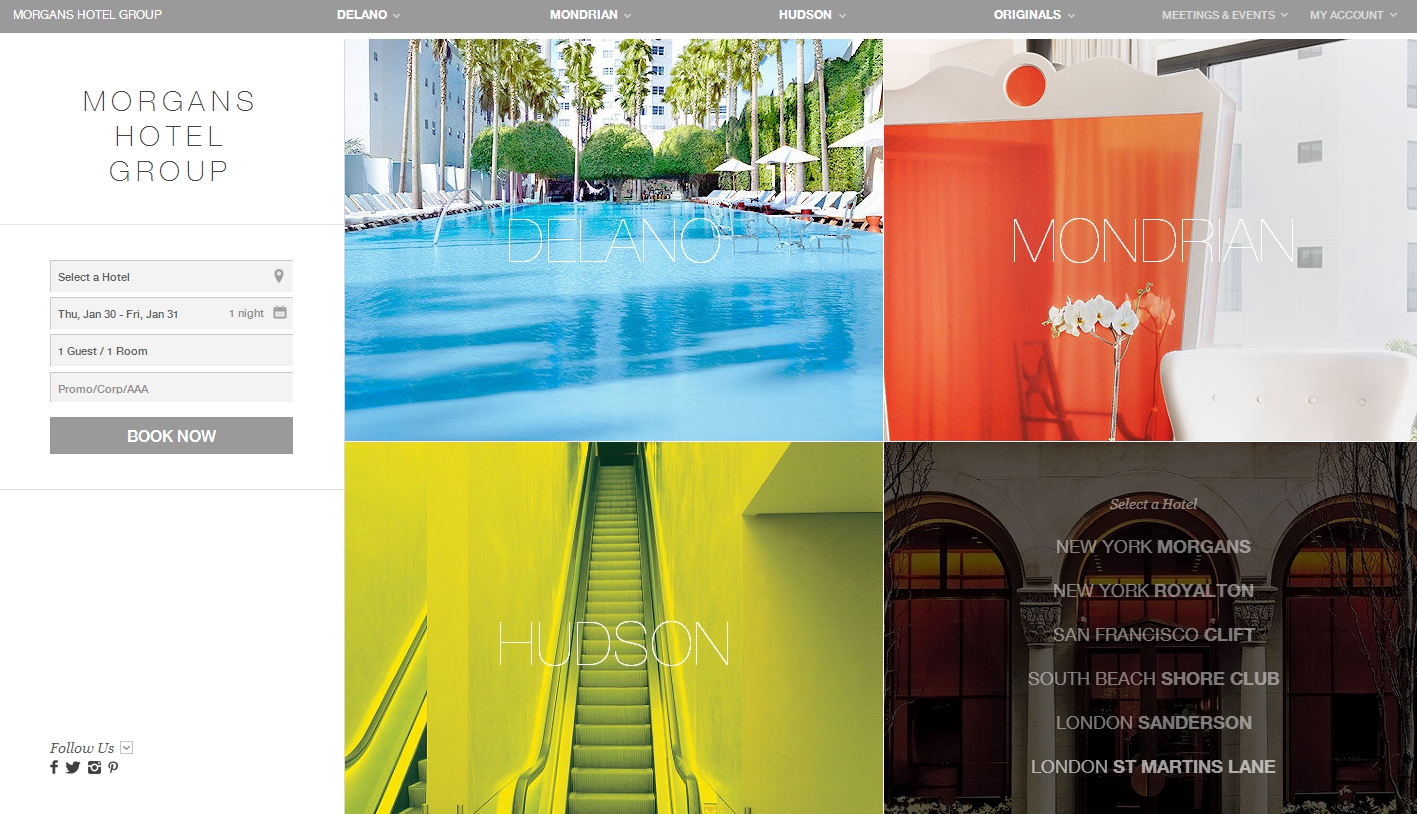 Beside websites, Laravel is used to power lots and lots of mobile apps. Developer’s ability to build APIs with Laravel make it a great choice for powering the backend of mobile applications.

The examples above are just a few examples of some amazing websites built with Laravel framework. There are hundreds more on the Builtwithlaravel website. Feel free to browse around!

How does Laravel compare to other frameworks?

Well, this is a very difficult question to be honest. To answer it I want to use the following analogy.

Imagine that you are at Mercedes or BMW dealership. The cars are all top of the class, with lots of bells and whistles. Some are white, some are silver. Some have a kickass stereo system, some have heated everything-you-can-think-off seats. All these cars were a work of hundreds if not thousands of people and are a testament to awesome craftsmanship. I tend to think of frameworks as those top of the line cars. They have been thoroughly tested by lots of people. Hundreds if not thousands of people worked on a framework over the period of time to get it to the state it is in. What you end up with is just a matter of preference. To me some features in a framework might be not as important as they are to you. I chose Laravel because it was logical to me. As could be said, “Your mileage may vary”.

Please note, I don’t want to start framework wars. My advise is try out different frameworks and see what you like best. What I do know is that Laravel has been growing in popularity steadily over the last year. The chart below shows data from the Google Trends about search interest of the following frameworks (as of Jan 2014):

As you can see from this chart, Laravel’s only starting to beat the most popular frameworks in terms of user interest and is growing steadily which to me personally is a big indicator that the community will only be growing for now. 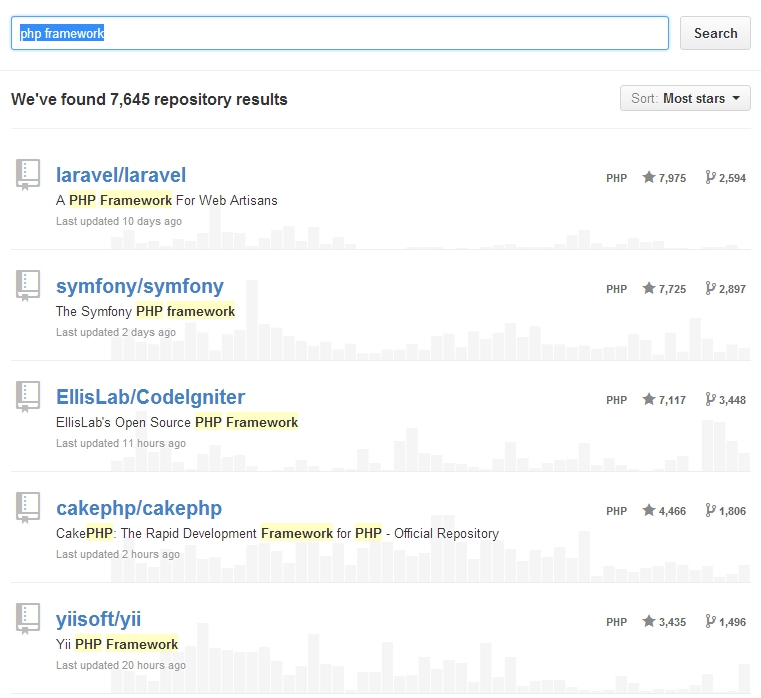 Of course it is pleasing for me to see my favorite framework slowly catching up to the indisputable (now becoming irrelevant) king of all PHP frameworks in popularity – CodeIgniter. My hope is that in two-three years time Laravel can attain such status and such spread as the CodeIgniter framework once did. With the direction Laravel is currently going, I am fairly confident that this goal can be achieved.

One extremely important aspect of comparing frameworks is comparing the learning resources that are available for developers that are trying to learn new techniques and expand their skills. Laravel is quickly growing in abundance of community resources through blogs, packages, books, screencasts and more. Here is a small list of resources around the web that a beginner or even more advanced developer can use to get started with Laravel or learn more about it:

Is Laravel worth the investment?

My answer is definitely yes if you are using no framework for your PHP projects or using an old framework like CodeIgniter.

The company where I worked until I moved to Seattle area was using CodeIgniter for majority of its web development projects and no framework for the rest. Thanks to my boss for letting me suggest that we move some big projects over to Laravel, the company made an amazing progress in subsequent development. As the highlight of this story, I told my boss that I could switch the biggest project they had (took many hundreds of hours to do in CI originally) to Laravel within 3 days. Sure enough, after only 2 days(!) we had this whole massive project switched over to new architecture of Laravel with some incredible benefits. Efficiency of the future development of this project was improved at least three fold. After that all of our new projects were made in Laravel and the clients were happy with our timeframes for new features or modifications of existing features. It was worth the investment.

In my opinion if you use no framework to build your projects, learning Laravel would be a no-brainer. I can vouch for it because I came from the background of not using frameworks. Laravel’s features such as Eloquent ORM (easy database operations), Templating, Routing, Sessions make building applications enjoyable and consistent from project to project.

One of the top reasons I consider Laravel so dependable is the fact that it has been tested by thousands of developers worldwide. Every developer potentially brings some good feedback improving the framework and testing its components. Doing this alone is simply impossible. Ok, you say. But does this make Laravel secure?

How secure is Laravel framework?

While I am not an authority in this area, here are some of the things I know as a fact:

A few months ago a user on Reddit was gathering info to conduct a comprehensive report on Laravel’s security for his company. I asked him to share the result. The link to the Reddit thread is here. While he could not reveal the report itself, he was pleased with what he found with his only negative remark about Doctrine library that was used in Laravel at that time. So to me it seems that while there are no security problems that are known at the moment, potentially they could stem from one of Laravel’s components (dependencies). No product or framework is 100% secure so I believe a statement of “Laravel is secure Enough” is what I would say in this case.

The topic of security needs more exploration and if the product you are building will be storing crucial personal data such as credit card numbers or social security numbers, of course you would need to do your own security testing of Laravel’s components.

Is Laravel here to stay?

I believe so. Even though the development of Laravel is led mainly by Taylor Otwell as of right now, he is not planning to stop working on the project. Taylor doesn’t work on Laravel for the money. It is something he takes huge pride and ownership in. Knowing how determined he is in making Laravel the best framework out there, I can attest to the fact that he will not stop any time soon.

It is rare for a technology to survive more than 3-4 years in face of the rapid changes around it. I think of Laravel as a great tool that I can use RIGHT NOW to make my ideas into reality. For my projects and projects of the company where I worked thinking 5-7 years ahead would be pointless. If you have a very big business, choosing Laravel would be a big commitment but like anything in business, it has its potential risks and advantages. I’ve been using Laravel for almost 2 years and it didn’t disappoint me even once.

The community around Laravel seems to be growing by the day, which means that the framework expands in how many knowledgeable and highly experienced developers there are. These developers could easily create a fork of the project and go in their own direction if they so desire. Though having Taylor as the head of the project has proven highly beneficial for Laravel and PHP community in general.

Ready to get started with Laravel?

I hope with this post I was able to answer some common questions and hope you will give Laravel a try in your next project!

Enjoy using Laravel and let me know if you have any questions/suggestions in comments!