Hosting Bootsnipp, traffic and load testing your site with Blitz.

Bootsnipp is now in top 70,000 websites worldwide according to Alexa ratings (third month of Bootsnipp’s existence) :

I can’t disclose all analytics but I’d like to share how I manage to run Bootsnipp, even when there is a huge load.

Bootsnipp isn’t very demanding PHP application built with Laravel PHP framework but basically all of it’s content is stored in a database.

I host Bootsnipp with Pagodabox.com because they are simply the best scalable PHP hosting platform out there. I did my research half a year ago and now it pays off – their competitor PHPFog will close it’s doors next month to be transformed into AppFog – a less flexible service. I run Bootsnipp on a single instance, sometimes increasing RAM for database from 10Mb to 100Mb at peaks. I would say 95% of the time Bootsnipp uses below 10Mb Ram for database so I host it free of charge on PagodaBox, paying for only the peak traffic.

On the third day of Bootsnipp going live it was hit with HackerNews traffic – over 20,000 people visited it in the first week – and still it was able to survive on single instance – with only 10Mb RAM for DB.

I’ve done quite a few tests to see the speed load time – and was tracking the site visitors from Google Analytics in real time – that was helping me oversee the needs of the site.

About a week after Bootsnipp went live I decided to load test it with Blitz.io – a service that emulates crazy traffic rush to your website. I decided to simulate a rush of 250 users simultaneously, and sure enough – my website just crashed down when there were more than 150 virtual users.

Lesson was learned – I immediately increased the DB RAM allocation on PagodaBox instance  and tested Bootsnipp with Blitz.io again – this time it was performing smoothly and not failing as many tests.

Sure enough, this came in handy when Bootsnipp was featured on Smashing Magazine Twitter feed (over 600k followers) – Bootsnipp was visited by 300 users simultaneously for a few hours – sometimes with peaks of 600-700 users!

Here’s a screenshot of those moments as seen from Google analytics Real Time: 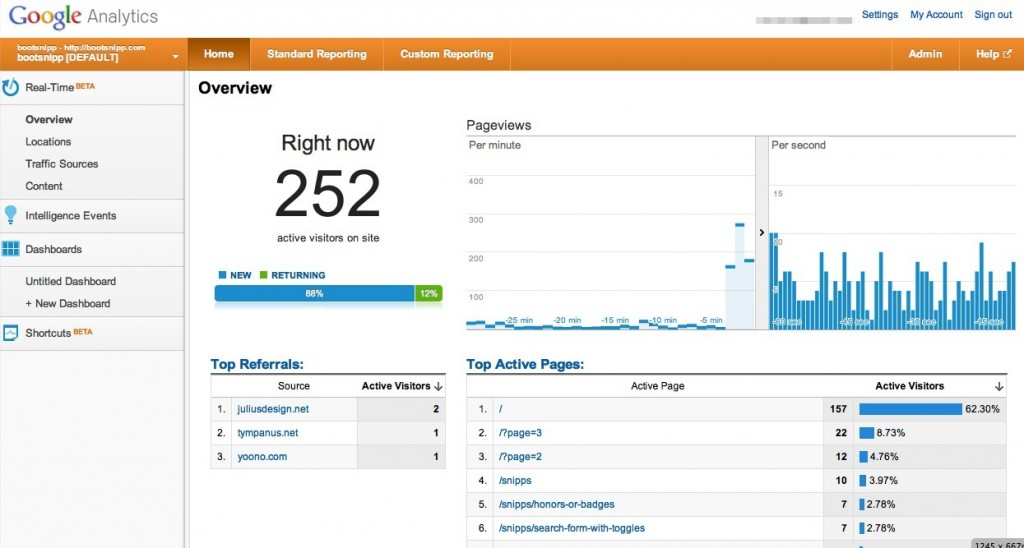 After a few days of running 100Mb of RAM the traffic decreased and I switched it back to 10MB, thus running Bootsnipp for free up until now.

Test your site with Blitz.io especially in light of some social/media exposure and balance your hosting instances/RAM accordingly.

Questions? Ask away in the comments. 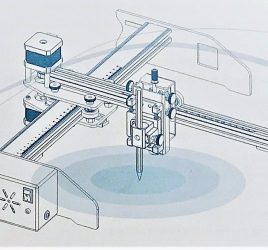