I was digging up my photo archives and stumbled upon pictures of some  RC micro airplane models that I built long time ago as a hobby. I will start posting pictures of my micro airplanes along with details about them, maybe this will inspire you to build some models like this or at least give you an impression of what a person could build at their home these days.

So here it goes, some preliminary info :

And here’s the gallery full of pictures about the parts of the plane and the plane itself: 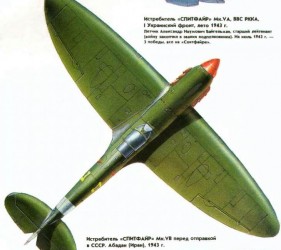 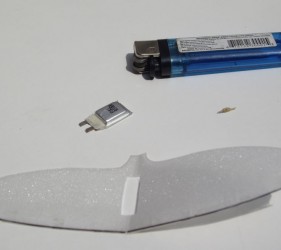 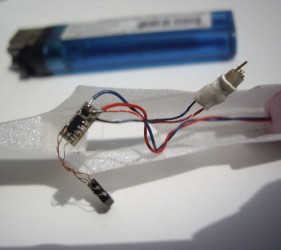 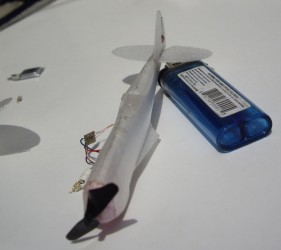 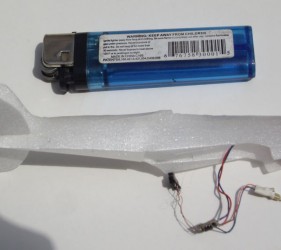 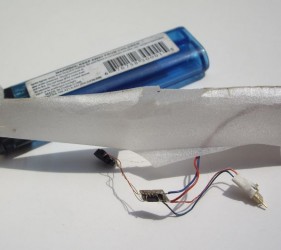 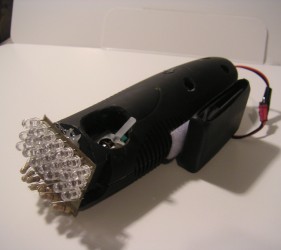 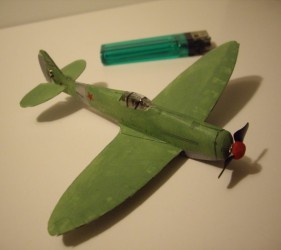 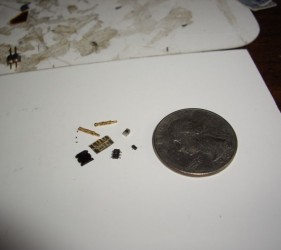 The receiver parts before putting them together. 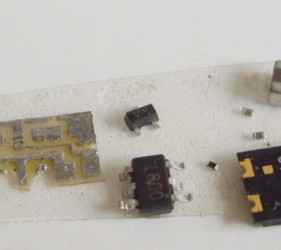 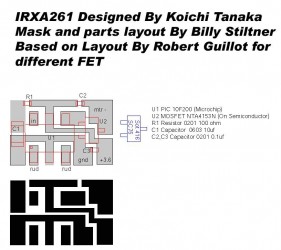 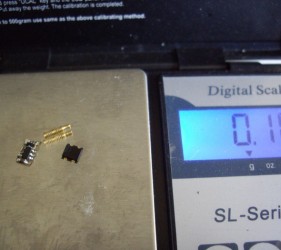 The assembled receiver weighs only 0.1 gram 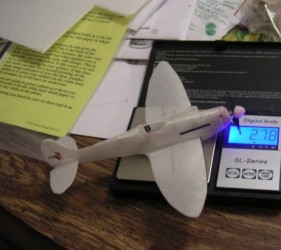 The Spitfire before I painted it. 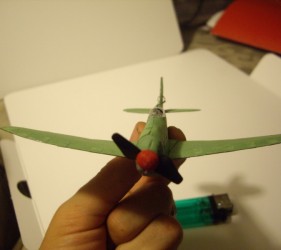 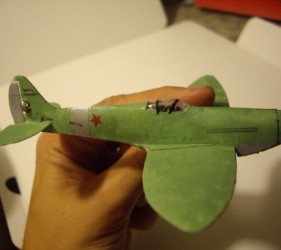 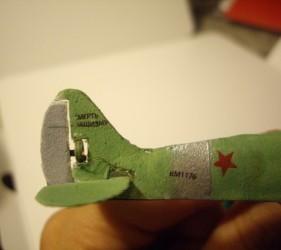 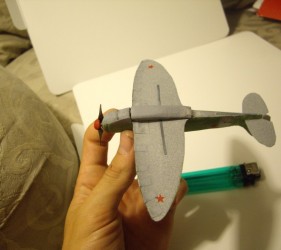 Underbelly. The compartment on the bottom is attached via two small magnets to reveal the battery.

Here’s a video of the plane’s actuator and motor responding to IR transmitter:

Info about the RX and the TX for the micro airplane : 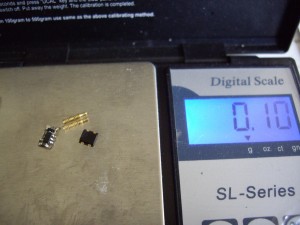 The assembled receiver weighs only 0.1 gram

The heart of the receiver is a small PIC microchip 10F200 containing a program written by Koichi Tanaka that processes the commands from infrared transmitter.  The Layout of the PCB was posted by Billy Stiltner on RCGroups.com in 2006. The details about programming the chip with PicKit1 are found here (use google translate to translate into your language) : http://www7b.biglobe.ne.jp/~toko0131/pic/0070/index.html 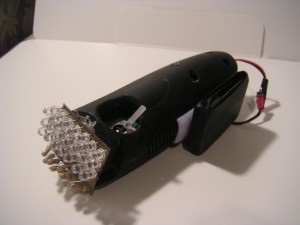 I built my own transmitter according to Koichi’s drawings and schematics. I used a case from electric shaver to fit my transmitter circuit board (PCB) and the glued the high-power infrared LED array on the front (of course it is connected by wires as well).

Soon I will be posting more pictures and information about the RC projects that I’ve done, there’s lots of inspiration coming so please subscribe to this blog!

Please let me know if you have any questions in the comments! 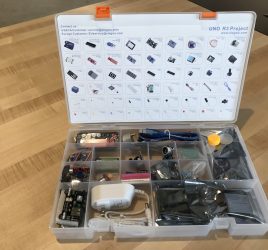